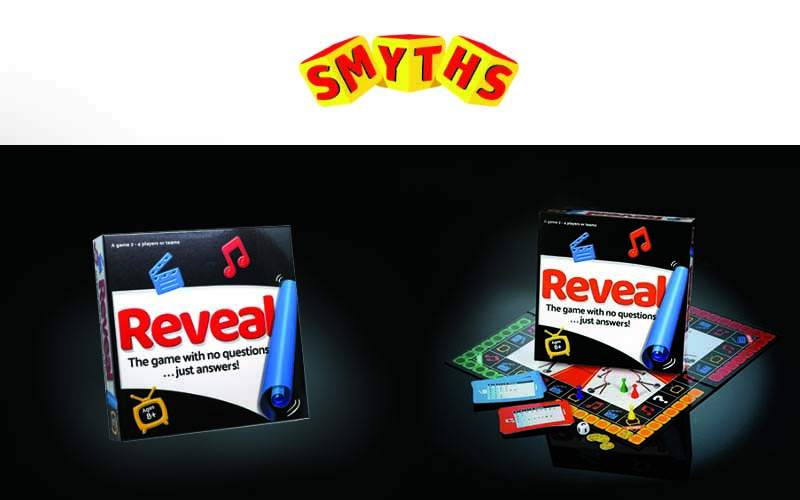 On a rainy Thursday morning in Peterborough, an email popped into our inboxes that turned a normal day into a great day.

Back in May 2017 we were lucky enough to be asked to get involved in working up a design and prototype for a board game idea called Revealation.

Innovator James was very pleased with the final look and feel of the game that we’d created, so the next step for him was to head out into the big wild world and find a buyer for his concept.

Over a year on, James has taken time out of his busy schedule to contact us again and pass on his thanks and appreciation to the team that worked on the project.

Not only has the newly named ‘Reveal’ been signed to a games publisher, Paul Lamond Games, but following a launch to the trade at the UK toy fair in January 2018, it’s now going to be stocked online and in-store by toy giant ‘Smyths Toys’.  The game will also be available on Amazon and in many independent retailers across the country.

Thanks for the fantastic update James, we look forward to following Reveal’s success and seeing it become a household name.

‘Whilst Paul Lamond have revamped the graphics for the retail version, I would just like to thank Direct Approach for providing me the artwork for my working prototype to a standard that managed to attract the initial interest from not only Paul Lamond Games but also John Adams Toys and even HASBRO’  James Smith, Creator of Reveal

If you have an inkling of an idea that you’d like bringing to life, call us on 01733 234 235 or email hello@dadm.co.uk.  We look forward to being part of your future success.